HUNGARY | Changes in the procedures of voluntary dissolution of companies 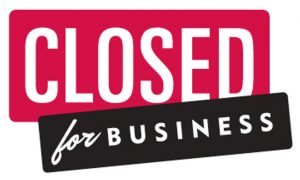 Some significant changes will come from 01.07.2018 due to the modification of Act V. of 2016 (Ctv.) on voluntary dissolution.The new regulations should be applied for the processes started after 1st of July.

According to the actual regulations, simplified voluntary dissolution could be chosen only by general partnership (Bt.), limited partnership (Kkt.) or sole proprietorship.

Further innovation that election or appointment of a new liquidator (receiver) is not necessary in the simplified procedure, the executive officer(s) of the company can manage the whole process.

The finish of the simplified process can be reported only to the NAV also, and the deletion of the company registry will be done by the registry court automatically via the cooperation of the tax authority and the court (if there is no any object (regarding taxation or other problems) of the deletion).

The simplified process can turn to a normal dissolution if within the 150 days deadline the finish of the process fails or any creditor of the company declares a claim against the company after the publication of the notice as mentioned above. In that case the company should choose a new liquidator (receiver) instead of the executive officers and report the normal process for the company registry court, so in that case the services of an attorney will be necessary.